About 140 km east of Nairobi, the children of the local elementary school "Mulenyu Primary School" suffer enormously from climate change and severe drought. Therefore, the two students Amos Maranga Atima and Elias Shamala Muhatia founded the association "Aqua and Agriculture Initiative" in Kenya. They want to develop solutions for the local problems of water scarcity and insufficient water quality. The association "Bildung fördert Entwicklung" supports Amos and Elias not only through a scholarship, but also through the active transfer of knowledge (e.g. through an environmental internship of several months at the city of Trier under high professional expertise).  We were able to collect approximately €10,000 in donations for the project at Bazar International Luxembourg in 2019/2020. A fundraising campaign initiated with the Trierischer Volksfreund also generated additional funds, which enabled several water tanks, each with 15,000 liters, to be financed and erected. This will not only collect rainwater, but will also eliminate the long distances to wells with contaminated water. However, it is precisely here that there is still a need for action. The association is currently working on the construction of a water laboratory and water treatment systems in order to improve the water supply not only quantitatively but also qualitatively. Further information about the project "Aqua and Agriculture Initiative" can be found on its website (https://aquaai.org/) as well as on its website (https://aquaai.org/).

Library inside the slum Mathare

A former student we are familiar with, John Wesonga Mang'eni, founded the first library in the Mathare slum in 2018, the "Mathare Community Centre Library" called "A Glimmer of Hope". The Mathare slum alone is home to over 400,000 people out of a total of more than 2 million slum dwellers in Nairobi. The fact that a library, set up in a former Catholic church, is now available to them, thus giving the poorest of the poor free access to knowledge and education, is a milestone in development policy. Many slum dwellers have expressed their appreciation since the library opened. Our association has supported the library both financially and materially. Numerous people from Trier, including Nadja Sartisson from the fitness studio Mrs. Sporty, who contributed 200 English-language books and a monetary donation, have since supported the project. We are grateful to every person who helps to continue supporting this project.

The library's services in Mathare have recently been expanded to include a computer course. For this purpose, a total of six laptops were provided by the association "Leapfrog". George Wanjala, a member of our association, has since been conducting several computer training courses. You can find more information about the library on his Website. 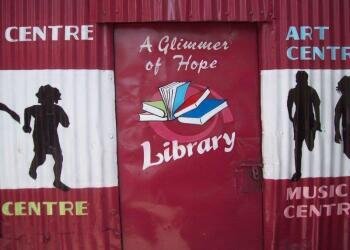 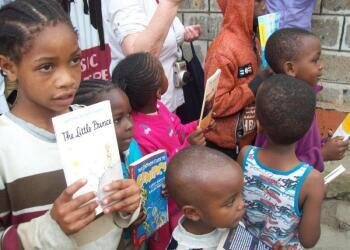 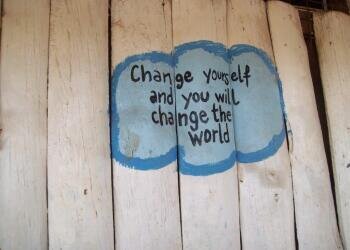 The first library in the Mathare slum in Nairobi, which we formerly supported, has been expanded into an educational and cultural center since January 2021 (see photos of the renovation below). In the future, various events/seminars will take place in this center with the primary goal of promoting cohesion in a society that is often ethnically divided. In addition, this center will also help to bring young and old together. Planned events include political education, teacher training, health counseling, peace work and environmental protection, music and dance events, as well as poetry readings by young authors from the slum who talk about their lives, their challenges, but also about their visions for the future. In memory of the former church, regular Bible studies are also to be held here. The slum population will experience a previously unknown appreciation and will gain the experience that many things can be planned and carried out on their own. Everyone is invited to contribute their own creativity and to actively shape life in the slum. The fact that civil societies can do something on their own and because the Kenyan government never has a heart for such important renewal measures in the slum, this project deserves our highest recognition! And we are proud to be a part of this project!

Great thanks are due to several who bring this project to life. What Kenyan politics has not achieved, to give the population in the slum a positive future, the people have taken into their own hands. We are very happy that also from Germany, especially the Globus Foundation, the Diocese of Mainz through the Development Policy Network in Mainz and the City of Trier, and not least members of our non-profit association "Bildung fördert Entwicklung e.V." have helped to turn a desirable dream into reality.

Currently, projects on photography, strongly accepted by young people in the Mathare slum, poetry readings by authors who pay homage to the arduous life of the slum population, that they never give up trying to wrest something positive from their creativity. In addition, there are meaningful discussion circles in the center to always create something new. But also other working circles have been created such as music and dance performances, game nights for young and old, teacher trainings, student working circles and much more. We are proud that we have been able to provide assistance in these areas. Much of what we have sown is now bearing great fruit. Even the entrance gate makes you want to enter and participate in the various projects there. 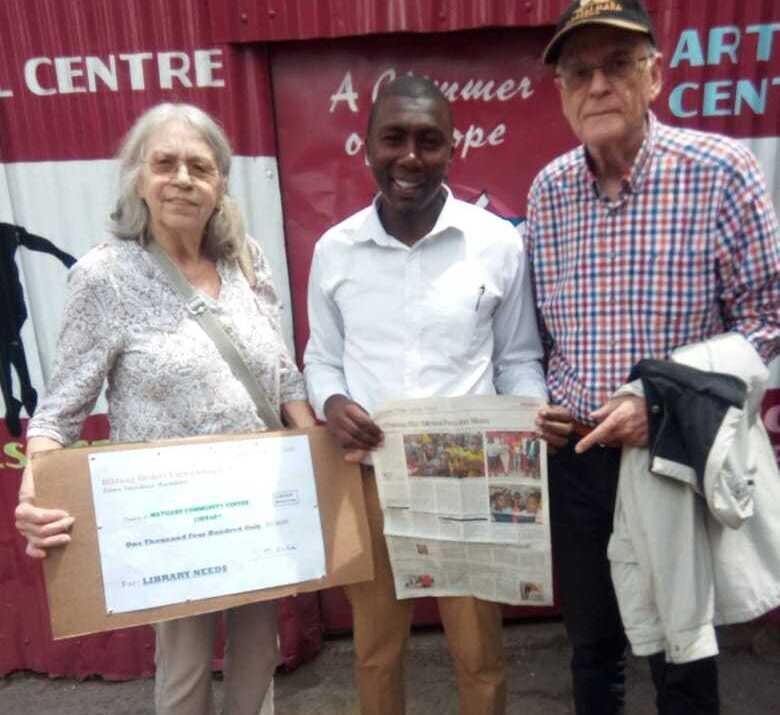 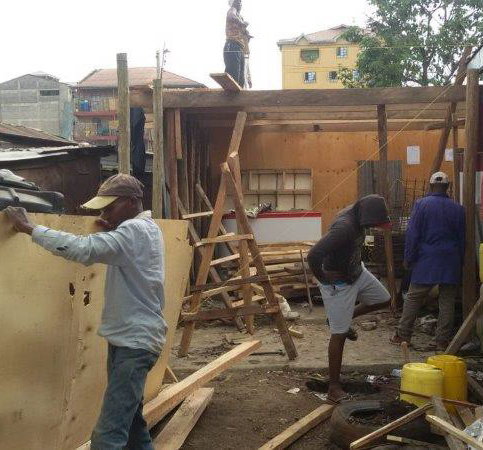 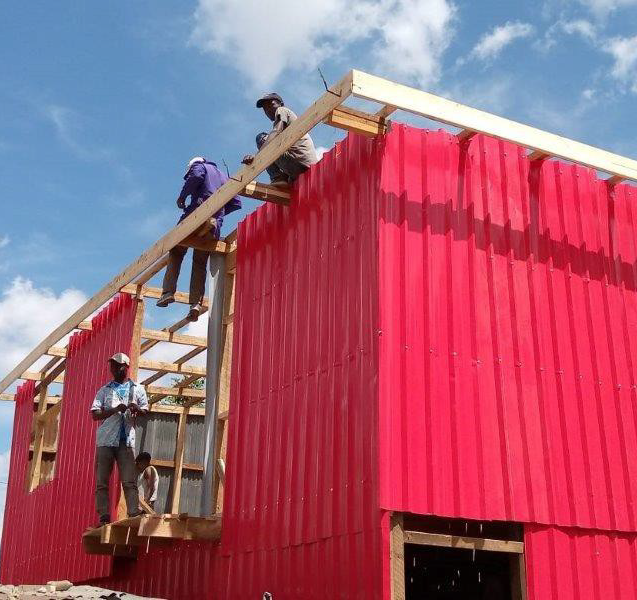 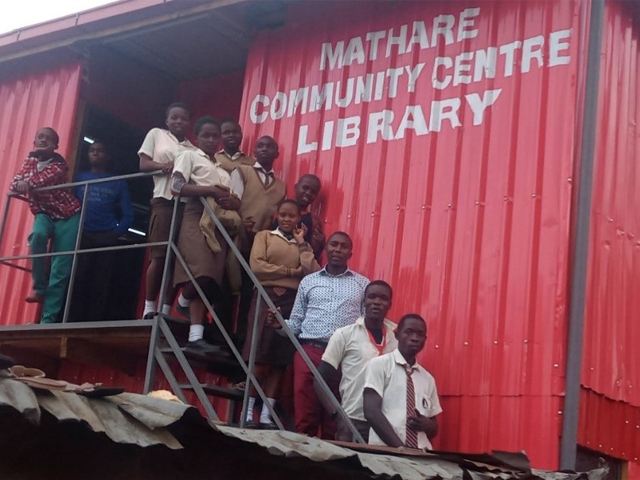 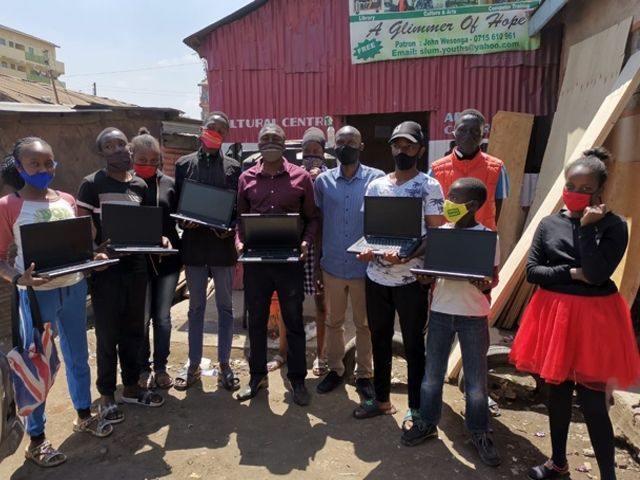 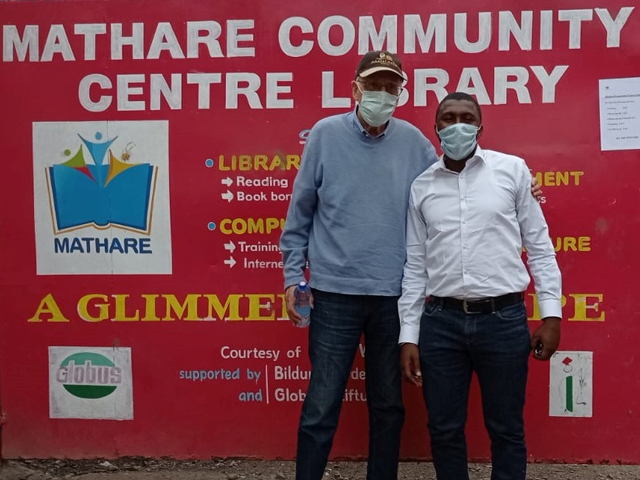